Our fall release, Q7 version 3.2.4, brings you several great new features that we want to share with you!

Introducing Frontline’s in-house driver communication app! Relay load information straight to your driver’s mobile device. Using API technology, your drivers can send back live arrival and departure dates and times, updated stop specs, and more. When the driver is finished with a load, they can actually set the Status of the Q7 load to Complete straight from the app. This kind of technology means your dispatchers can spend more time with load planning and moving freight. Use the Chat feature to even communicate in real-time with your drivers through Q7!

Check out the promo video and reach out to Q7 Support if you’d like to see the explainer videos.

We’ve started rolling out the ability to automate your custom Q7 reports. Set a schedule for your Report Writer reports and receive an email straight to your inbox. Reports can be scheduled to delivery daily, weekly, and monthly. 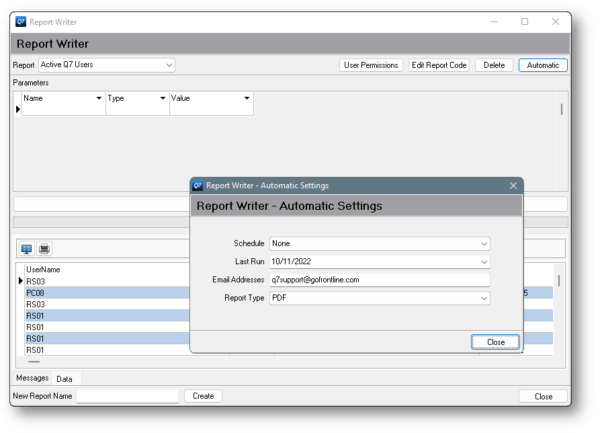 The new $ icon indicates that the balance of the invoice is equal to or less than $0. Hover over it with your mouse for a summary. 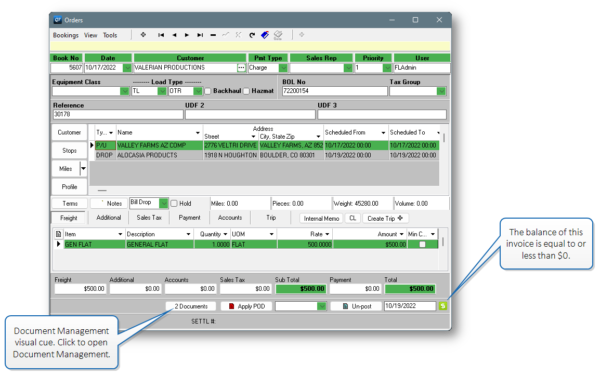 Get an Estimated Time of Arrival

Get an ETA for a driver or tractor using a combination of several features and integrations. 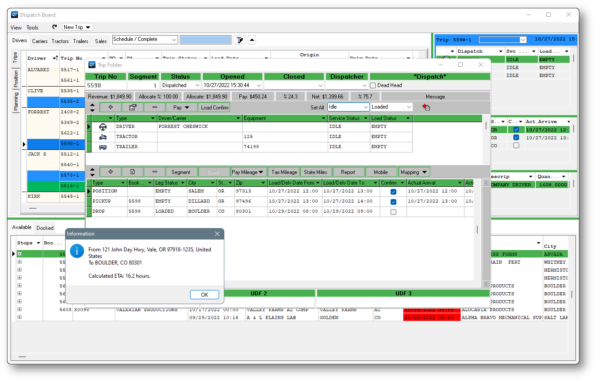 We added two new reports this season! Use the Fuel Tax Reimbursement report to print IFTA computations for vendor equipment owners. You can print or email this report in batch.

Use the new Load Profit report to get revenue, driver pay, and a load count based on a customer all in one place.

In addition to several new features, we made several improvements to the user interface. Visual improvements and bug fixes are always a priority for our development team each cycle.